London is a hotspot for travellers and home buyers worldwide. As demand for the best attractions, features, homes, and entertainment increases, as does the pressure for developers to deliver premium properties to satisfy every need.  Property developments across prime central London have always been a fascination with real estate market critics and enthusiasts. Some of the best properties London has to offer have formed many of these developments.

Low stock levels in some neighbourhoods have led to high prices and low transaction levels over the last 12 to 18 months. However, as per what was recommended, several new developments are now underway and expected to bring some impressive additions to the market. 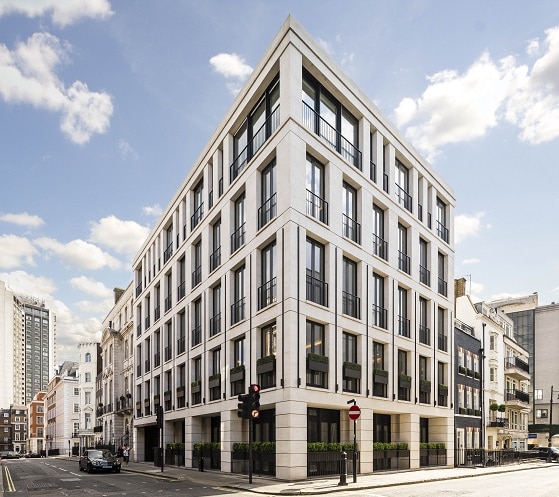 The Knightsbridge is one of the most famous constructions to have been built in prime central London. Overlooking Hyde Park, the ideally located residential buildings were initially asking for £2,000 per sq ft in 2002, thought to be overpriced at the time, by market experts. However, units can expect to reach between £3,000 and £5,500 per square foot today. The two luxury residence blocks stand out with highlights such as the round pick up and drop off bay outside the elegant reception area. This rare feature is a standard feature of luxury complexes in Dubai and the Far East.

Knightsbridge welcomed a number of additions to their real estate market for the longest time, while neighbouring district, Mayfair, was restricted and unable to increase stock levels for their potential home buyers – this led to Knightsbridge taking the crown from Mayfair as number one address in prime central London. However, new developments are now underway in Mayfair, and several are in the pipeline, creating an exciting forecast for the next five years. Mayfair recently took the crown back from Knightsbridge and expects these new enhancements will retain their place as the number one neighbourhood.

Developments in Mayfair have a tendency to break records. Clarges Mayfair is 34 luxury residential units developed by British Land, which holds the record for most expensive property ever sold in Mayfair and broke sales records when units sold for about £5,000 per square foot. With a view of Green Park, the combination of residential, retail and leisure space is situated on Piccadilly. The average selling price per unit was £11.6 million, with 18 of the units going for a total of over £210 million – numbers which could not be beaten until 77 Mayfair arrived.

The construction of 77 Mayfair has not yet been completed, but it is already 100% sold. Although Clarges holds the record for the most expensive property ever sold in Mayfair, 77 Mayfair has just reached new records on sales prices per sq ft at an average £5,500 and top units achieving a substantial £7,000psf. These figures are both record breaking for boutique developments and a clear representation of Luxlo’s experience, visionary planning, and formation of a world class team.

As the first residential block to be added to the real estate market in Mayfair in over 15 years, the developers, Luxlo, have gone above and beyond, adding features that are typically found in developments of 20 units or more. Providing seven indulgent apartments, and overlooking Hyde Park and the Dorchester Hotel, 77 Mayfair has set a new standard for property developments in prime central London.

Peter Wetherell, CEO at Wetherell, says that the real estate market in Mayfair has seen many changes over the last 100 years, and it is only in the most recent two decades that the world-famous neighbourhood has started to regain its former status. The introduction of new stock to the market has supported the climb back up to number one address in London.