Currently, regulations on e-cigarettes are being debated everywhere from the city council in NYC and LA to the federal government. This is largely because the product is so new and increasing in popularity so dramatically that governments are being forced to address the issue long before information on potential health effects are known. Because there is a disparity in potential treatment of the product by municipalities and the feds, here’s an explanation of how various governing bodies are treating this exciting new nicotine product.

Currently there are three states and many municipalities and counties that have already regulated electronic cigarettes the same was as they do tobacco. They’ve done this simply by updating the current tobacco regulations to include e-cigs. At the time of writing New York City and Los Angeles were also looking at blanket regulations that treat electronic cigarettes and tobacco cigarettes synonymously. Although this is an easy solution for states and municipalities, the simplest solution is rarely the best one. When a computer gets a virus, the simple solution is to use a different computer, but the right solution is much more complex and rewarding — and cost-effective.

People often argue that there is a confusion created by electronic cigarettes being neither legal nor illegal. Truthfully there will be greater confusion created by the piecemeal and patchwork approach to e-cig regulation that’s currently underway. Many major metropolitan areas are composed of a variety of municipalities that abut each other seamlessly. Anyone who lives in an area like this is already aware of the frustration and mismatch that is common in everything from driving regulation to tax law. Attempting to effect change on a widespread scale in places such as these creates regulatory disparities which are already problematic in America. Further, it misses the most important thing. 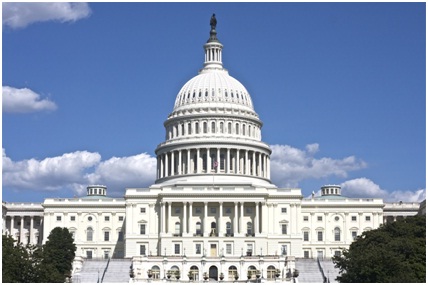 The federal government is looking at electronic cigarettes differently from how the cities are treating them. Most of the effort to reign in and regulate the industry is being made by the Food and Drug Administration in what currently stands as an order that prohibits electronic cigarette companies from making claims about health effects.

In fact, they’ve recently fined several different companies because of breaches in this ban. The proposed FDA regulations would extend FDA authority to not only to electronic cigarettes but cigars, pipe tobacco and waterpipe tobacco also known as shisha. Currently, the FDA is in a comment opportunity period, so if you would like to weigh in in a substantive way, give them your opinion atthis link here.

Unfortunately, the FDA at this point has nothing in its proposed regulations regarding potential ingredients allowable or disallowed within the e-juices, which is a large part of the concern of the e-cig community because many of them are heading to e-cigs to specifically avoid harmful additives.

Primarily, the Federal Government is looking at regulating the places of sale, potential taxability by everything from municipalities to the Feds themselves and age sale restrictions as currently regulated by the FDA on other tobacco products while the states are looking at restricting locations of consumption and legal age of consumption.

There is some overlap concerning banning the sales of electronic cigarettes to minors which nobody is really disputing. The overlap on federal and local regulations is a perfect example of why the states should wait to regulate when it comes to the electronic cigarettes industry. Further, the FDA is one of the few organizations in the nation that has the resources necessary to begin to take a look at the health effects of consuming electronic cigarettes, for better or worse.

What Cities Should Do

Cities should wait to regulate policy. Aside from it being the right thing to do to create a uniform treatment of citizens and citizens’ rights, it will actually save an incredible amount of time and effort on behalf of the people who are doing the regulating.

Here’s how: By amalgamating the time and energy of advocates and regulatory bodies in municipalities and states across the country, we can have an idea of how much work will be put into regulating electronic cigarettes on a local level. All of that effort could potentially be wasted if federal regulations supersede them. The patchwork quilt could become redundant when the federal blanket is produced. To avoid this, cities should wait for the Federal government and more importantly studies showing health effects.